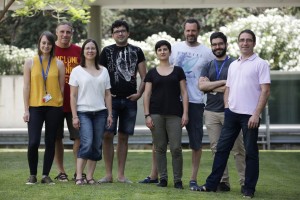 Dr. Jordi Benet-Buchholz
PhD in Chemistry (University of Essen, 1998). In 2004, after 6 years at BAYER AG (Leverkusen) as Head of the Crystallography Laboratory, he joined ICIQ as X-Ray Diffraction Unit Manager. From 2005 he has been involved in the creation, management and development of Crysforma.
Expertise in systematic crystallization of compounds, characterization of polymorphs by powder X-ray diffraction and structure determination by single crystal X-ray diffraction analysis.